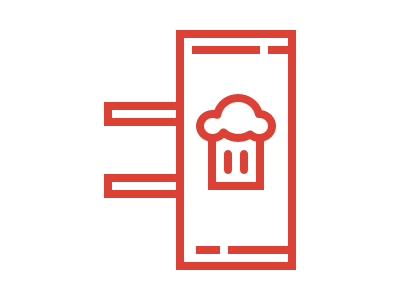 We have been made aware of a number of instances where a failed power supply has had to be replaced in a moving LED sign.

The majority of the LED sign panels had been imported from China and had a genuine MEAN WELL power supply inside them. However, the manufacturer had not selected the most appropriate power supply.

In all cases a power supply with a fan had been used.

The failures we have been made aware of were caused by the fan drawing moist cool air into the power supply. As this cool air hits the warm printed circuit board condensation forms causing the power supply to fail.

MEAN WELL manufacturers a range of power supplies, which have been designed specifically for moving LED signs. These have no fan and a conformal coated printed circuit board to protect against moisture.

The most commonly used power supply that has been used is the MEAN WELL RSP-320-5. This is because the chips used to drive the LED sign panel generally require a 5VDC input.

If you are using this power supply, we strongly recommend that you replace them with the MEAN WELL UHP-350R-5. This has no fan to draw in the cool moist air.

One important thing to note: As the UHP-350R-5 doesn’t have a fan, it relies on the metal casing of the LED sign panel to act as a heatsink. The data sheet details the minimum surface area required.

As you can see, not only is the UHP-350R-5 better protected from the environment, it also has a better efficiency rating.

If it is not possible to retro fit the UHP-350R-5 to your LED sign panel, you may want to consider using the MEAN WELL RSP-320-5CC. This has exactly the same footprint as the RSP-320-5 mentioned above and the electronics have been conformally coated in order to reduce the possibility of a failiure occuring due to condensation. This is not a foolproof solution, but we have found it to be successful in most cases.

If your power supply needs to have a higher voltage output than 5VDC contact MEAN WELL Australia. We have the option of supplying other power supplies with the conformal coating. However, this does sometimes involve a minimum order quantity and lead time, as the power supplies may have to be produced especially.