Bought MEAN WELL Power Supplies from Overseas - What Happens When You Get a Failure? 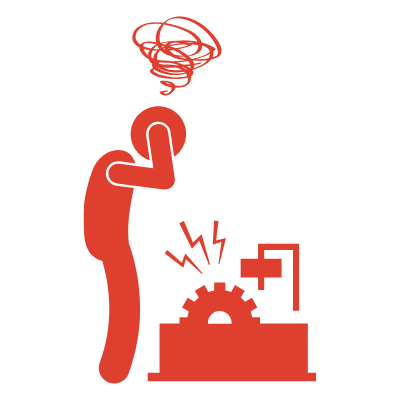 MEAN WELL is world renowned for manufacturing highly reliable power supplies. However, occasionally there are field failures and if you purchased from an offshore company... What happens next can be a problem.

If the power supply is brand new, or only been installed for a short while when it fails it is unlikely to be a result of failure of a component within the power supply.

This is not to say that this is impossible, but most power supplies returned within this time period are generally found to be operating correctly, or to have been damaged due to incorrect installation, or environmental factors.

The most common causes of failure we see include:

If you have a genuine MEAN WELL power supply that has failed, it needs to be returned to the original supplier so that a warranty claim can be raised.

Be aware that there are many fake MEAN WELL power supplies being sold on the grey market. You can read more information about what to watch for by reading our article: Watch Out for Fake MEAN WELL Power Supplies

If you have bought your power supplies from overseas it can be quite costly to return it, only to find the power supply hasn’t failed at all, or the cause of failure is not covered by the warranty.

Buying through one of MEAN WELL Australia’s partners gives you access to engineers based in Australia, who can test the power supply and determine the cause of failure.

This is particularly useful if the power supply has not failed.

For example, we have had several LED drivers returned that when tested, were found to be working. It was the LEDs that have failed. On further investigation we discovered this was due to the was the LEDs in the light fitting had been connected to the LED driver.

To read more on this type of failure click on the following link:

Saving a dollar two on your LED drivers by buying from overseas may seem like a good idea at the time. However, local expertise and support can be invaluable. Especially, if something goes wrong and you have a customer breathing down your neck and your project involves more than one power supply.